Home » About Us » Latest News 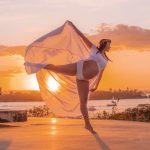 If you are an expecting mother you are experiencing an equally exciting and stressful time in your life. It’s natural for women who are pregnant to wonder what the best decisions are when it comes to caring for their unborn child, from the best foods to eat and what types of activities to do, a […] 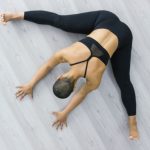 No matter what level of dancer you are, walking into a new dance or fitness class can be intimidating. The unfamiliar faces, expert instructors, the varying levels of flexibility, and people who seem to quickly and easily adapt to new choreography can sometimes cloud your mind, distracting you from the reasons you signed up in […] 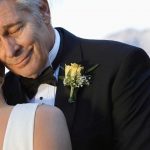 If you have spent any time at a modern day wedding, you’ll be sure to remember that the father daughter dance is a staple of any wedding reception. It’s a sweet moment that the bride can share with her father or special role model in front of her family and friends on her wedding day. […] 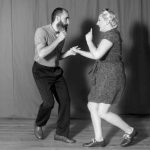 Swing dancing originated in the first half of the 20th century, beginning in the 1920s in New York, and continuing to gain popularity throughout the 1940s. Since then, it has evolved and adapted, with countless variations that include the Charleston, Lindy Hop, and Balboa. But do you know two of the most well-known spin-offs of […] 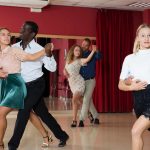 Think about the activities you do with your partner. Are you doing anything that teaches you a new skill, is good exercise and allows you to meet new friends? If you answered no, then you haven’t tried to learn Salsa yet as a couple. Salsa is a vibrant and exciting dance that gets you and […] 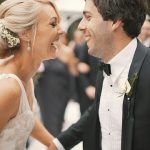 When it comes to wedding songs, it’s all about choosing the best wedding songs to get people out on the dance floor and make your wedding one to remember. You don’t want your wedding music to be cheesy, so you want to choose songs that people actually know and enjoy listening to and dancing to. […]

Learn about the Bachata outfits for men and women to get you started on the dance floor. 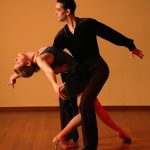 Being a good dancer is more than just memorizing the steps. We’re sharing some of the best types of exercise to improve your dancing skills. 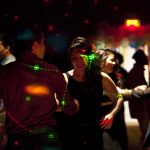 Some of the most passionate Bachata dancers are of the opinion that Bachata is easier than Salsa. More specifically, some claim that Bachata is more forgiving than Salsa with respect to the timing and execution of the movements. This is of course debatable, but there are many reasons that might justify such a statement. 5 […] 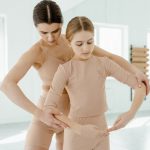 Dancing for children is a fun way to help them develop coordination, socialization skills, and self-confidence. Learn the benefits in this article.